Childhood Cancers – The Journey To Cure 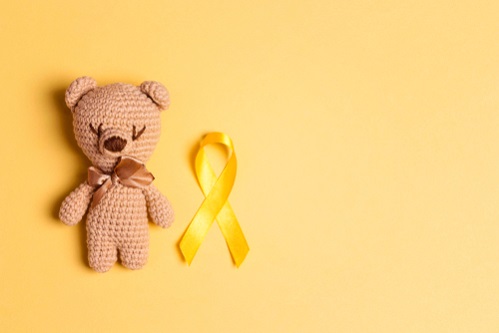 The journey of curing the most dreaded of all diseases in children spanning over 5 decades, encompasses the greatest achievement in the field of medical research. Acute Lymphoblastic Leukemia (ALL) is the commonest childhood cancer and was associated with 100% mortality until the 1970s. However, a group of German researchers formed a consortium in the early seventies, which was later known as the Berlin-Frankfurt-Munster (BFM) trials. They first introduced the concept of using many different anti-cancer agents in different combinations at short and repeated intervals. Because of this consorted effort from this dedicated group of clinical researchers, about 40% of those treated in these trials in the mid-70s were alive 5 years later- an achievement which was unfathomable in those times. The achievement was not because of the use of drugs, but a profound attempt at a deeper understanding of the factors that can predict the outcome says Dr. Vikas Dua, the best Pediatric Oncologist in Delhi.

Blood cancers cannot be staged like solid organ cancers. They already exist in every nook and corner of the body where the blood flows. Whilst being omnipresent is associated with invariable and rapid death, the very same property led in due course for blood cancers, particularly ALL, to be the most curable of all cancers. Another three decades of clinical trials have now made ALL curable in 80-90% of all affected children.

Why should few children with ALL be cured with the simple combination of drugs, whereas others remain incurable with repeated assaults on leukemia with high doses of the best drugs known to date? This led the researchers to study each cell from these children and discover a whole gamut of genetic changes inside these leukemia cells. Some of these changes make few cases of this leukemia type susceptible to certain drugs, and others resistant. This also allowed us to target the key genetic events with tailored molecules, which could stop the uncontrolled growth of cancer cells. It is worth noting that these path-breaking discoveries in the field of medicine have been carried out mostly by chemists, biochemists, biotechnologists, and engineers.

Yet, the fact remains that the last cancer cell cannot be eliminated by any number of drugs, chemicals or radiation without complete destruction of the human body. The question remains is how then so many children are cured with drugs alone! A human body is taught to fight against any cell that is not its own. The body produces and trains these soldiers from birth, known as lymphocytes. This training comes useful in fighting against infections since birth. When any of our own cells turn rogue or cancerous, they lose their ‘own-ness’ and the lymphocytes destroy them. It is only when the lymphocytes fail, leukemia develops. Similarly, when the leukemia is reduced to its final shreds (a million cells), it is up to the body’s own soldier lymphocytes to exterminate them forever. Failure to do so results in the return of leukemia, often in a deadlier ‘avatar’. When we do not have something, we must borrow. So, we borrow lymphocytes from someone close to destroy the cancer.

Dr. Vikas Dua, the best Pediatric Oncologist in Delhi says, in order to do so, one must forego some as well. If we want to borrow a new bunch of lymphocytes to fight leukemia, we must let go of our own lymphocytes and the cells that produce them. These cells are blood stem cells. With drugs or radiation, the existing blood stem cells and the lymphocytes are destroyed in parts and replaced by blood stem cells and lymphocytes from healthy donors. This process is called BLOOD AND MARROW CELL TRANSPLANTATION (BMT). But, just not anyone can be a donor for BMT. Their genetic signatures (HLA) must match one another. This is possible only between brothers and sisters and the chance of HLA matching with any random person is one in a million. But only 20% of patients will have a complete HLA match within the family. That leaves 80% of those who could benefit from a BMT without an HLA-matched donor.

To circumvent the problem of finding a matched donor, the western world developed volunteer unrelated donor registries across America and Europe. However, patients of African, Hispanic or Asian origins barely benefitted from such registries. Through a better understanding of our immune system, Half-Matched or HLA HAPLOIDENTICAL family donor was recognized as possible options for BMT. Yet, the journey was not easy and many years of research culminated in success. For the reasons of natural tolerance that exists within a family this sort of transplantation is not possible from an unrelated donor with half-matched HLA antigens.

The journey of curing childhood leukemia has been one of the most brilliant and persevered technologies by scientists and clinicians over five decades. This exemplifies that nature has stored the answer to many queries within ourselves. It is for us to unravel it.

Dr. Vikas Dua is the Best Pediatric Oncologist in Delhi, India and one of the leading consultants in the field of Pediatric Hemato Oncology & Bone Marrow Transplants. He has 20+ Years of experience and has performed many successful BMTs for thalassemia and leukemia cases for children from India, Afghanistan, Iraq, and African Countries.  Book an appointment now!